This week we’d like to spotlight an IndieGoGo film project that came to our attention via fellow indie film supporter and Twitter friend, John Hoff III. We were instantly moved, and hope you’ll be as well, as this project will be coming to a close in just over 10 days and is in dire need of crowd funding help to reach its goal. The film, titled Gwapa (Beautiful), is spearheaded by Thirsty Girl Films, a self-described gritty group of passionate and award-winning filmmakers. Their fundraising page describes Gwapa as an “inspirational documentary” and their striking tag line, “Every child deserves the chance at a beautiful and healthy future,” nicely sums up what’s at the heart of this admirable project. 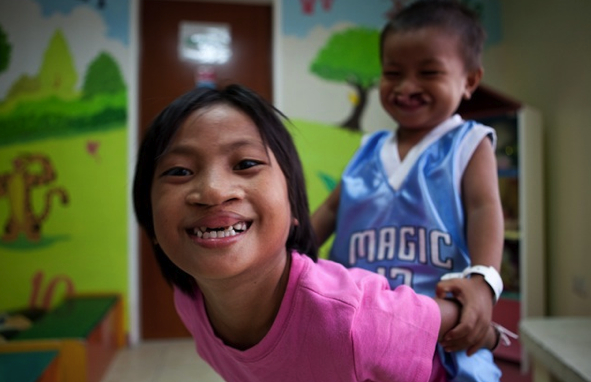 The making of GWAPA: ABOUT THE PROJECT
Gwapa, meaning beautiful in Visayan, is the fitting title of this vibrant, real-life story that follows two Filipino families and their struggle for a healthy future. Every year, 4,000-5,000 Filipino children are born with cleft lip, cleft palate, or both. Cleft lip and palate are two of the most common and curable of birth defects. Sadly, most clefts go unrepaired in developing countries. Just one surgery can change a child’s life forever. Gwapa (Beautiful) is Thirsty Girl Films’ first feature length documentary dedicated to bringing awareness to the high number of children born with cleft deformities in the Philippines and the great need for free reconstructive surgeries among the Filipino islands. This stunning and remarkable film will draw you into a powerful tale of strength, love, determination, and hope. Since many children need more than one reconstructive surgery, Gwapa (Beautiful) is told in two parts. Filming for the first part is complete, depicting the first round of successful surgeries that took place in early 2011. Thirsty Girl Films is raising funds to complete the film and come full circle so that they may go back to the Philippines in January to revisit the families as they undergo their second round of surgeries.

The above is just a brief introduction to what we know will be a truly remarkable film. We encourage you to read more about this project and show your support with a donation. We delight in giving to and discovering exciting film projects showcased on both IndieGoGo and Kickstarter — it’s a fantastic way to show your dedication to independent filmmakers the world over!